Potential Implications of the Quarantining to Tax Residency

The unprecedented effects that the global outspread of the COVID-19 pandemic has brought about, are becoming more and more noticeable day-by-day. The rapid spread of the virus has undeniably disrupted the normal course of business, the world financial markets and supply chains. Although public health and well-being of the society should of course be at the epicentre and be set as everyone’s utmost priority, the world must also be well prepared to face the imminent threat that has been posed to the global economy. It is therefore prudent to act proactively and consider what actions can be taken today, in order to reduce the longer-term impact.

Containment of the spread of the COVID-19 pandemic has prudently become a top priority for governments around the world. For this reason, quarantines, lockdowns, self-isolation measures and travel restrictions have been widely and strictly imposed on billions of people. Amidst this new state of affairs, it would be worth considering the potential implications that quarantining could have on an individual’s taxable residency status.

In Cyprus, the tax residency rules for individuals are regulated by the Income Tax Law of 2002 L.118(I)/2002, as amended (the “Law”). Pursuant to the provisions of the Law, Cyprus has adopted a residency-based system of taxation, whereby physical presence in Cyprus of any individual exceeding 183 days in a tax year (1st January to 31st December) will render that individual a Cyprus tax resident. Hence any natural person being physically present in Cyprus for six months or more in a tax year, shall be considered a tax resident of Cyprus in that tax year (the “183 days rule”). However, the said 183 days do not need to be consecutive.

In addition to the 183 days rule, the Law also provides for the so called 60 days rule. This rule provides that an individual who is not physically present in any other country, for one or more periods exceeding in aggregate 183 days in the same tax year and is not tax resident in any other country for the same year, is deemed as a tax resident in Cyprus in that year, if all of the following conditions are met:

However, if the exercise of any kind of business in Cyprus and/or employment in Cyprus and/or holding of an office with a tax resident person in Cyprus is terminated, then the individual cannot be considered as a Cyprus tax resident for that year during which the termination has occurred (the “60 days rule”).

For the purposes of calculating the days of residence in the Republic of Cyprus, the law provides the following clarifications:

The quarantine measures taken worldwide can potentially destabilise the tax residency rules. The 60 days rule was introduced in the Law in order to give businessmen and businesses an option to make use of and benefit from the favourable Cyprus tax regime; nevertheless, the 183 days rule may lead to some persons being “trapped” from a Cyprus tax residency perspective in Cyprus due to the COVID-19 obligatory precautionary measures, since, the applicability of the 183 days rule is, unlike the 60 days rule, automatic. The quarantining and travel restrictions imposed by the Cyprus government and various other governments globally, as well as measures that may be taken in the future in order to stop the spread of this unprecedented pandemic, may signify that some individuals will exceed the threshold of 183 days of residency in Cyprus, resulting in such individuals being automatically considered as Cyprus tax residents for 2020. But will this be the case?

It could be argued that where a double tax treaty exists the tie-breaker test for individuals will be used (as prescribed in article 4 of the OECD model tax convention) to clarify the matter. Pursuant to the said test, where an individual is a resident in both contracting countries his/her  tax residency status will be determined as follows: (a) where he/she has a permanent home available to him/her and if such a permanent home exists in both states, where his/her personal and economic relations are closer (centre of vital interests); (b) where he/she has a habitual abode (this is usually determined by the person’s lifestyle); (c) if he/she has a habitual abode in both countries, where he/she is a national; and (d) if a national of both states, the contracting countries will settle the question by mutual agreement. Most probably, tax residency in Cyprus would be difficult to be established due to the travel restrictions where a double tax treaty exists.

Notwithstanding the above observations, it remains to be seen whether and how the Government of the Republic of Cyprus will regulate the matter. Whether double tax treaties and related protocols or other agreements addressing the matter will be made and be applicable, is a matter that has not been clarified yet. It would though be prudent for individuals who feel that may get “trapped” by the 183 days rule to start planning their post-quarantine residence arrangements and examine manners which would reduce the impact of quarantining and other social-safety measures on their tax-residency status.

Our newsletters and articles are for general information only and are not intended to provide legal advice. We do not accept responsibility or liability to users or any third parties in relation to the use of the materials or their contents.

The validity of electronic signatures under Cyprus Law – Covid19News 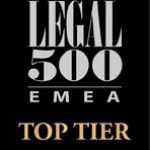