Podcast ‘Alternative Dispute Resolution: The Road to the Future’

Stavros Pavlou, Senior & Managing Partner of Patrikios Pavlou & Associates LLC and Fellow of the Chartered Institute of Arbitrators, gave a podcast interview to Legal Matters, which is an online channel, operated by the lawyer Christophoros Christofi, discussing issues that are of great interest to the legal community in Cyprus. Alternative dispute resolution as the road to the future was the topic of the interview.

Mr Stavros Pavlou had the opportunity to give a clear and structured opinion on the steps that Cyprus should follow with regards to dispute resolution. He analysed the reasons for his belief that the current Court system of administration of justice in Cyprus is at a dead-end, and therefore, the only immediately available escape route is to embrace Alternative Dispute Resolution and implement a new Arbitration Law. The following are highlights of the views and opinions of Mr Pavlou discussed with Mr Christofi during the interview.

In light of the above, alternative dispute resolution methods can provide a more efficient system for dispute resolution and promote economic and social development in Cyprus, assisting the Courts by lightening the burden thrust upon the latter by the volume of cases before the same. The most popular alternative dispute resolution mechanisms are mediation and arbitration. It is essential to develop a culture of both of them in order to increase their use. The advantages of using arbitration over litigation as a dispute resolution procedure include, inter alia, the following: flexibility in terms of the procedure, speed, freedom of the parties to appoint specialists, confidentiality and efficiency. The main benefit of mediation it that the parties can maintain a good business or even personal relationship in commercial disputes, while at the same time find consensual solutions to their differences.

Domestic arbitration is governed by the Arbitration Law 1944 (Cap. 4). Unfortunately, Cap.4 is based on the older version of the English Arbitration Act and it has not been amended to reflect modern arbitration practice.

Pursuant to the provisions of Cap.4, there is a real risk of a Court constantly intervening at the behest of one or the other of the parties to delay the arbitration proceedings. Depending on the type of application filed with the court, the arbitration proceedings may be delayed for one year or even longer. The International Arbitration in Commercial Matters Law (Law 101/1987) applies exclusively to international commercial disputes and is almost identical to the UNCITRAL Model Law. The amendments of UNCITRAL Model Law in 2006 have not been adopted by the Cypriot legislator. Cyprus is also a party to the New York Convention (ratified in Cyprus by the Ratification Law (84/1979)) and an award issued in Cyprus can be easily recognised and enforced locally as well as in 157 other countries.

With regards to mediation, the legal framework is provided by The Certain Aspects of Mediation in Civil Matters Law of 2012 (Law 159(I) of 2012), which is inadequate to satisfy the needs of society. The decision to use mediation is voluntary for both parties and unfortunately, legal consultants and litigants, seem generally reluctant to resort to mediation in order to conclude an amicable settlement. 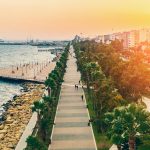 Cyprus and the “new normal”, reasons to invest 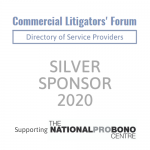