Last year, the Shipping Deputy Ministry of Cyprus established the long-term national strategy for Cyprus shipping, called “SEA Chane 2030”. The term “sea” has been intentionally used to refer to the three main pillars on which this strategy has been based, namely “Sustainable, Extrovert and Adaptable”. Within the framework of the Sea Change 2030 strategy, last month the Parliament of Cyprus enacted the Limited Liability Shipping Company Law of 2022 (the “LLSC Law”) with an aim to create a one-stop-shop framework for ship-owning companies and their shareholders.

More specifically, the LLSC Law introduced a new type of corporate entity, the Limited Liability Shipping Company. Such types of companies will operate as limited liability companies with their sole purpose being the ownership and operation of ships under the Cyprus flag. The LLSC Law contains provisions dealing with matters from the establishment until the liquidation of an LLSC, as well as with matters related to the share capital, management and encumbrances of an LLSC. It also provides that a Register of LLSCs will be established and will be supervised by the Shipping Deputy Ministry, which currently acts as the Registrar of Cypriot Ships as well. In this way, the Shipping Deputy Ministry is becoming the central point of reference of ship-owning companies and their shareholders, dealing with all matters of shipping law as well as matters which, until last month, would have fallen within the competence of the Cyprus Registrar of Companies. The Registrar of LLSCs will be the General Director of the Shipping Deputy Ministry, as appointed from time to time. The LLSC further provides that companies which are currently registered with the Cyprus Registrar of Companies and which are shipping companies owning Cyprus-flagged vessels, can request their transfer to the Register of LLSCs.

It is noteworthy to mention that the LLSC Law has been drafted based on the main provisions of the Cyprus Companies Law, Cap. 113. However, as the Cyprus government has noted, in order to make LLSC a more flexible and attractive vehicle, the provisions of this new law are aimed to simplify various procedures and aspects.

In the heart of the Mediterranean Sea, and at the crossroads of three continents, Cyprus has been a famous ship management jurisdiction for several decades. The favourable tax regime, with its tonnage tax system and many other benefits, as well as the fact that Cyprus is a member of the European Union have been only two of the many factors justifying why shipowners have been choosing Cyprus. Apart from its contribution to the creation of a one-stop-shipping shop and the strengthening of the Cyprus flag, the introduction of the LLSC Law constitutes another reason why choosing Cyprus to relocate and contributes even further to the creation of a business hub on the island.

Our team is ready to assist on any matter relating to shipping law, ship finance, as well as the registration of limited liability shipping companies. 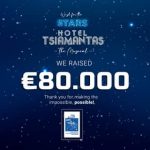 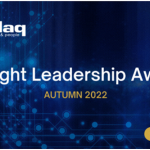